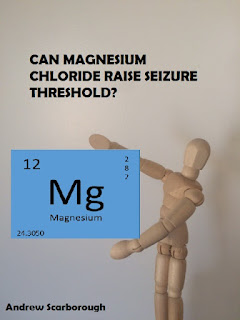 Epilepsy is a serious neurological disorder marked by sudden recurrent episodes of sensory disturbance, loss of consciousness, or convulsions, associated with abnormal electrical activity in the brain. Seizures are associated with neuronal ionic changes (Schwartzkroin, 1998) that can be managed with increased efficacy through magnesium chloride supplementation. Magnesium supplementation should be part of an essential component of a management strategy for any type of epilepsy to raise seizure threshold and maintain trace element homeostasis. 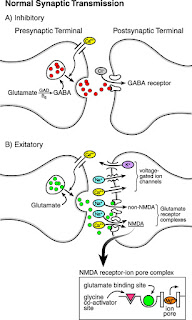 The form of magnesium that has been used most clinically and has the longest therapeutic use to treat epilepsy in the literature is magnesium sulphate, however this is not practical or convenient for patients with epilepsy. While there needs to be more research into other forms of magnesium to manage epilepsy, there remains adequate evidence to suggest that oral magnesium, particularly magnesium chloride, has numerous benefits to increase seizure threshold by modulating neuronal activity. Magnesium chloride is easy to ingest, convenient to apply, acts effectively as a central nervous system depressant, improves insulin sensitivity, and lowers plasma blood glucose. This essay will explain how these mechanisms can effectively contribute towards raising seizure threshold for patients with all types of epilepsy.

‘Non-synaptic mechanisms’ are an important consideration in an attempt to manage neuronal activity in epilepsy. This includes, but is not exclusive to ionic interactions that involve magnesium, potassium, sodium and calcium. Increases in the extracellular concentration of potassium in particular is of vital importance in order to consistently manage epileptic seizures however this is dependent on many cofactors.

Magnesium is involved with over 300 enzymatic reactions and has numerous mechanisms of action that make it an effective standalone treatment to modulate neuronal excitability with great efficacy and safety. ‘Regulation of ionic balance is a critical process that involves a complex array of molecules for moving ions into and out of brain cells-both neurons and glia’ (Schwartzkroin, 1998). Studies show that concentrations of copper, magnesium, and zinc are typically altered in the epileptic brain, particularly in those who receive anti-epileptic drugs (Saghazadeh et al., 2015) and this decreases seizure threshold. Anti-epileptic drugs will also contribute to a number of other imbalances such as vitamin D deficiency (Ali et al., 2004) that can trigger breakthrough seizures through disruption of trace element homeostasis which would require patients to increase medication as a result. Vitamin D deficiency in itself disrupts natural homeostatic mechanisms of calcium which can be managed not only through vitamin D supplementation (Teargarden, Meador and Loring, 2014) but also magnesium supplementation (Levine and Coburn, 1984).

The imbalance caused by these ionic changes in the epileptic brain, and influenced even more with anti epileptic drugs, can result in breakthrough seizures and a subsequent increase in medication as a questionable attempt to resolve the issue. Doctors have been accused of being unaware of these associative deficiencies, with less than 10% of neurologists recommending patients to take calcium and vitamin D to protect against the side effects of these drugs (Pack, 2008). The result would be an increase of their typical undesirable sedative side effects, bone mineral loss and possible further deficiencies. Certain drugs, such as Lamotrogine, do not possess sedating effects, but can disrupt circadian rhythm regulation mechanisms causing possible breakthrough seizures by inadequate functioning of melatonin from the pineal gland (Nzwalo et al., 2016, Quigg et al., 2016). The rhythmicity of these seizures are often associated with bimodal peaks of occurrence, particularly attributed to focal epilepsies, and specifically observed in temporal lobe epilepsy (Nzwalo et al., 2016), can potentially be mitigated via targeted therapeutic dose of oral magnesium chloride before seizure activity occurs.
Potassium, sodium, and calcium ratios are also important considerations as has been established in the literature over many years (Heinemann et al, 1986), however achieving adequate magnesium status is likely a greater challenge as our diets are likely deficient and there are numerous mechanisms of actions that will interact beneficially with these other elements that can be more easily attained through diet.

Magnesium is an abundant mineral in the body serving many biochemical functions and it acts as an essential electrolyte for all living organisms. Magnesium deficiency decreases seizure threshold in human and animal models (Osborn et al, 2015) and studies have repeatedly shown that people with epilepsy have lower magnesium than people without epilepsy. Normal dietary magnesium intake is estimated to be 300–350 mg per day for adults but intake is still too low even amongst the general ‘healthy’ population. To make matters worse, hypomagnesia is associated with epilepsy (Capellarri, 2016, de Baaij, 2015) and a wide range of medical conditions. As a result, it is not a surprise that magnesium supplementation has been shown to be beneficial in the treatment of many neurological conditions in particular, including preeclampsia, migraine, and depression (Jeroen et al, 2015)

It is clear that magnesium supplementation is essential for most people at present and moreso for those with any type of epilepsy. As with most neurological conditions, a compromised blood brain barrier will increase the need for magnesium. It has also been shown in a number of cases to be more effective than medication alone and it may be possible to replace standard medication completely if trace element homeostasis is achieved for drug resistant epilepsy (Yuen and Sander, 2012,  Abdelmalik, Politzer and Carlen, 2012, Mason et al, 1994).

Magnesium comes in many forms as it needs to be bound to certain molecules for optimal ingestion so that it can get to the brain and central nervous system. Effectiveness for the therapeutic use required depends on bioavailability and desired response. Magnesium citrate, for example, has proven to be a very effective laxative, but may not be the most efficacious from for seizure management due to poor bioavailability and less taken up by the CNS.

It is interesting how magnesium citrate may not help manage seizure activity effectively (and could even trigger seizures-possibly due to poor absorption). Perhaps surprisingly, magnesium citrate should probably be avoided for most as it interferes with ceruloplasmin and can cause iron dysregulation as well as other health issues. The reason this form is worth mentioning as it is commonly used for children on strict ketogenic diets to manage constipation as magnesium citrate has a laxative effect. Magnesium chloride can cause patients to retain water, however potassium citrate, which is often used by patients on ketogenic diets to alkalise the urine for kidney health, can help to release these fluids and relieve this discomfort.

It is important to consider the mechanisms of action for magnesium. Seizures occur when the central nervous system becomes overstimulated. Magnesium can act as an effective CNS depressant, with numerous beneficial functions intracellularly and extracellularly to supress seizure activity to modulate neuronal excitability. The primary mechanism is most likely its ability to antagonize excitation through the N-methyl-d-aspartate receptor (Yuen and Sander, 2012).

Most of the research regarding epilepsy comes from numerous studies on eclampsia (Berhan and Berhan, 2015) with some detailing treatment for status epilepticus (Tan et al, 2015). ‘Eclampsia is defined as de novo seizure in a woman with the hypertensive complication of pregnancy known as preeclampsia (PE), and is a leading cause of maternal and fetal morbidity and mortality worldwide.’ (Johnson, 2015)

Any kind of epilepsy results in a compromised blood brain barrier (Oby and Janigro, 2006). Like preeclampsia, neuroinflammation and a compromised blood brain barrier permeability (Johnson, 2015) increase the need for magnesium (‘leaky brain’) so a favourable response is gained from supplementation, reversing seizure activity. We know for example, that inflammatory molecules contribute to neuronal hyperexcitability (Lori, Frigerio and Vezzani, 2016) which would naturally decrease seizure threshold dramatically. Keeping blood glucose low is neuroprotective and anti-inflammatory, magnesium can do this effectively.

Similar to the ketogenic diet, magnesium has had nearly a century of clinical use to treat epilepsy. It been used as prophylaxis and treatment of seizures associated with eclampsia however because of the availability of well studied anticonvulsant drugs it has not been tested widely in the treatment of epileptic seizures (Abdelmalik, Politzer and Carlen, 2012, Mason et al, 1994). As with the ketogenic diet, oral magnesium acts as a natural statin to reduce seizure threshold and keeps blood glucose low. (Guerrero-Romero et al, 2015) It is absolutely crucial to keep blood glucose consistent as hyperglycaemia has been shown to lower seizure threshold (Stafstrom, 2008).

In conclusion, restoration of specific ionic changes in the epileptic brain with supplementary therapeutic doses of magnesium chloride can be an effective strategy to increase seizure threshold. As a stand-alone therapy, or in combination with manipulation of trace elements and electrolytes and/or anti epileptic medications patients can attain improved seizure control through trace element homeostasis. It remains unclear whether these ions are causal to, or a cofactor in the development of epilepsy, however it has been demonstrated that seizure control can be maintained through ‘non synaptic mechanisms’, with magnesium being a key element with numerous mechanisms of action.

Studies on magnesium chloride have demonstrated that it can be a convenient, efficacious supplemental therapeutic aid to increase seizure threshold. Magnesium chloride has shown to ingest efficiently due to its composition and its bioavailability is favourable. Taken orally it can assist in maintaining trace element homeostasis to either complement or replace drugs which can cause numerous trace element deficiencies. It is convenient and possibly the most efficient form of magnesium for ingestion as minerals need to be dissolved in gastric acid to go into the solution. Magnesium chloride has extra chloride molecules to produce hydrochloric acid in the stomach which enhances its absorption. It is pertinent to note that interaction with other trace elements needs to be taken into account however supplementation with magnesium chloride could provide patients with the most effective method on its own to better prevent neuronal hyperexcitability through its many promising mechanisms of action.

Berhan, Y. and Berhan, A. (2015). Should magnesium sulfate be administered to women with mild pre-eclampsia? A systematic review of published reports on eclampsia. The Journal of Obstetrics and Gynaecology Research, 41(6):831-42. Available from http://onlinelibrary.wiley.com/doi/10.1111/jog.12697/full [Accessed 04 February 2016]

Mason, B. A. et al. (1994). Magnesium is more efficacious than phenytoin in reducing N-methyl-D-aspartate seizures in rats. American Journal of Obstetrics and Gynaecology Research, 171(4):999-1002. Available from https://www.researchgate.net/publication/15256355_Magnesium_is_more_efficacious_than_phenytoin_in_reducing_N-methyl-D-aspartate_seizures_in_rats_Am_J_Obstet_Gynecol [Accessed 04 February 2016]

Andrew Scarborough
In 2013 I was diagnosed with an incurable malignant brain tumour. I have created this blog to share my experiences.