6 months to a year to live without chemo?.... apparently. Deuterium depletion protocol for my Mother

I haven't mentioned this much, but my Mother was diagnosed with oesophageal cancer not long after my diagnosis 5 years ago. There was no cancer, let alone any disease in my family before I was diagnosed with my malignant brain tumour. All the compelling evidence that we had compiled strongly supported the idea that for her, the cancer was directly caused by alendronate, a drug she was taking for her osteoperosis. We conducted extensive research into this at the time, and were shocked with what we found. After speaking to researchers who were looking into the association between alendronic acid use and incidence of oesophageal cancer and enquiring about the type of damage to the lining of the oesophagus things became even more clear. I actually wrote about this in a blog post from a couple of years ago... 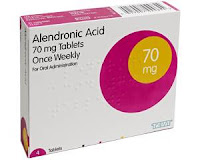 After treatment (chemo and radiation).... and diet change... she appeared to recover without the need for surgery. The tumour seemed to disappear after the gruelling treatments, however about a month ago we discovered she had a tumour in the colon (which has since been removed with surgery) and disease that has spread to other areas including the lymph nodes, with nodules in the lungs. This is deeply unpleasant of course. 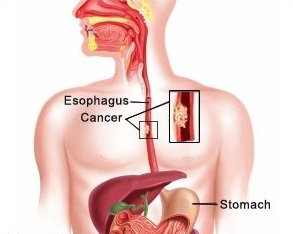 Following a long consultation with her oncologist, we were informed that the nodules in the lungs were most likely malignant and the degree of spread was such that any treatment from here on would only be palliative and that prognosis would be poor, even with treatment. We were given a prognosis of 6 months to a year, depending on whether on not she would decide to have chemotherapy and partly dependent upon results of a lung biopsy.

She decided not to have the biopsy as prognosis would be poor either way. We could understand that a biopsy could help to determine the lineage of this disease (if they are not just 'benign' nodules- some type of fibrosis possibly from radiation 5 years ago), but prognosis either way would still be far from favourable so we agreed it wasn't necessary for the path she felt was right for her. The other issue is quality of life. If you have a 'terminal' disease and treatment (for the few who actually respond to it) aims to give a few months more life while making you ill in the process, you have to ask what the point in that is.

We decided to opt for metabolic therapies instead and say no to chemotherapy in this instance. It was an informed decision based on all the information we had and my Mother feels 'happy' with this treatment plan. She felt so ill during treatment for her last cancer, and this cancer was most likely caused by treatment from the first so it just made a lot of sense to avoid it this time. We want to treat it by building her up rather than knocking her down with 'palliative' treatment that was likely to be ineffective even for this purpose.

Why not aim high and try and do what few even dare to consider? Treating cancer with kinder treatments to restore homeostatic mechanisms and support mitochondrial function.

My Mother is a smart woman and as such is skeptical of anything I say, which I love. We had long discussions about deuterium depletion and after outlaying my case for it with the underpinning mechanisms of these treatments she was open to trying it and became convinced that this was the right path for her to follow for her. We have nothing to lose trying this and in the worst case scenario her quality of life is likely to improve.

Without hesitation, we then immediately contacted Dr. Que Collins from the Centre for Deuterium Depletion and got to work with a protocol that would be suitable for her based on her personal situation and disease state. You can find out more about the centre and the relationship between deuterium and cancer see the link below:

Red and near infrared therapy

This plan will evolve as we go on and her cancer markers will be assessed at regular intervals. I have decided to document her progress and how she feels throughout this 'journey'. This is all quite significant, because she has decided to NOT opt for the standard of care (biopsy, chemo, radiation), so any response is certainly meaningful and cannot be ignored.

We hope for the best. I love my Mother with all my heart and strongly feel this is the most logical step forward. I will keep you updated on her progress.

Posted by Andrew Scarborough at 13:18

Andrew Scarborough
In 2013 I was diagnosed with an incurable malignant brain tumour. I have created this blog to share my experiences.